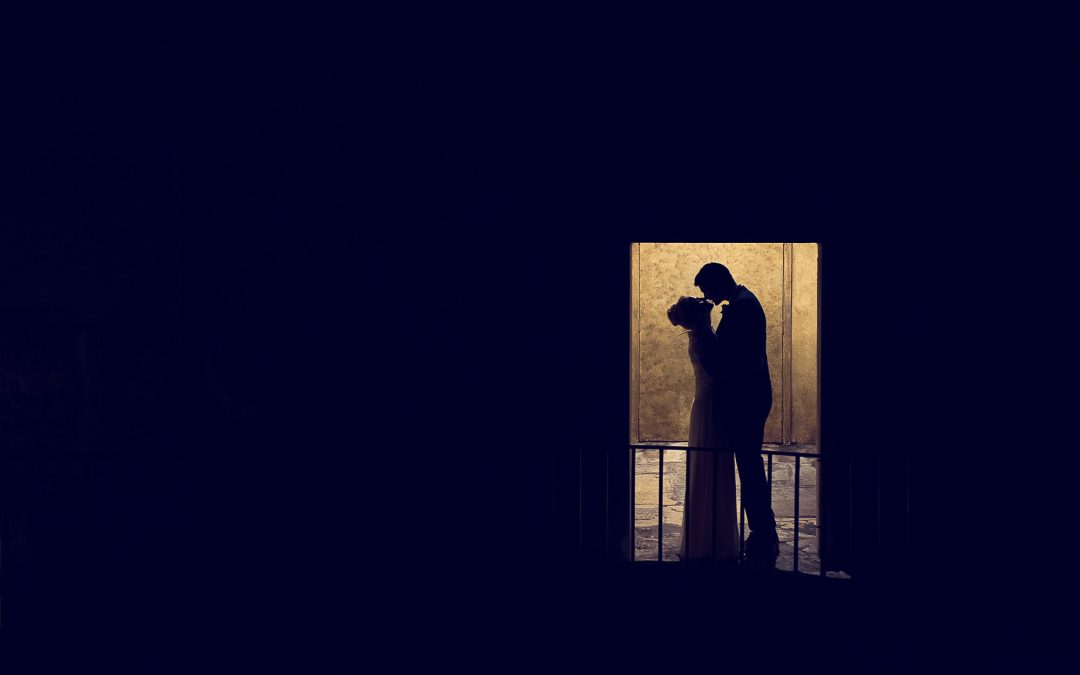 I have been lucky enough to shoot some lovely wedding venues but I have to say that a civil ceremony Roman Baths Wedding (in Bath) is really something special. It is an incredibly romantic setting with the architecture dating back c. 2000 years, torch lit with steam rising from the pool of hot spa water.

Phil, a fellow photographer, got in touch with me about his wedding because he knew that a March ceremony at 8pm would be more of a challenge than normal. We met for a recce at the Roman Baths and together made a plan how to get the most from the 4.5 hours that they booked us to shoot. Another lovely thing from my perspective was that the wedding guests included past clients of mine because Phil had attended the Blenheim Palace Wedding of Andy and Mim and also a portrait client of mine, Kate, was attending with her husband and baby.

The weather was AWFUL during the day and I remember watching the rain and wind slicing across the M4 on the way to the Roman Baths wedding thinking that things were not looking good for an outdoor (but covered) ceremony. But the ancient Gods were watching because the bad weather passed and the evening was fresh and clear.

Due to the time of year we chose to light every image in some way – using a mixture of on and off camera speedlights, Elinchrom Quadra Rangers and video lights. The 4.5 hours passed in a total whirlwind and we finished with a fab confetti shot outside the Pump Rooms with the beautiful Bath Abbey as the backdrop.

We were sensible enough to book a session in the Bath Thermae Spa on the following day – the perfect way to relieve aching muscles and take in the wonderful Bath skyline.

I truly hope that we get the opportunity to shoot a wedding at this unique venue again (*update – Roman Baths Wedding booked for December 2018 – can’t wait!). It’s hard to pick my favourite image – I love the black and white shot of Madeleine and her father as she is about to greet Phil as much as the big art shots of them standing on the diving stone with the burning torches.

You can view the images larger by clicking on them. x